Why the TechForward victory over Best Buy is so glorious

In some respects, Best Buy's theft of trade secrets from startup TechForward is a fairly routine matter.  Small company pitches idea to large company.  Large company signs an NDA.  But large company likes the idea so much that it basically makes the idea (and the methodology behind it) its own.

The context around the resulting litigation, however, described in a blog post by a venture capitalist whose firm funded TechForward, is fascinating.  For me, it's also uplifting.  "Send your business plans to these guys" inspiring, in fact.  And not merely because TechForward won the lawsuit.

First and foremost, the venture firm, First Round Capital, really understands the importance of the little guy in the technology world.  In deciding to fund a lawsuit against Best Buy, where many would have just moved on, First Round was speaking with actions, not just words, about sticking up for the entrepreneur.  First Round partner Josh Kopelman wrote, "If big companies believe they can violate agreements with immunity because a startup can't afford to sue them, it is bad news for every startup in the ecosystem."

There are a couple other great learnings from this story.  NDAs, those throwaway documents so many business people sign without reading or don't bother to sign at all, can really become a critical agreement that governs the course of a relationship - always make sure you get them reviewed by counsel and signed.  Finally, the litigators that some business people like to point to as "the problem" were, in this case, the solution - while the Best Buy business people were crass and manipulative, the TechForward lawyers saw that justice was done.

Congratulations to the teams at TechForward and First Round Capital.  And thank you, from all of us who work with emerging technology companies.
Posted by Lonnie Goldman at 8:09 AM 1 comment:

My experience is that the mainstream media struggles to explain legal issues.  Often, in trying to simplify complex concepts, the meat gets trimmed beyond recognition.  Other times the piece becomes an editorial, riding some populist wave that uses a famous case merely as a backdrop.

A recent article in Fortune magazine, however, hits the mark, providing a balanced perspective on the evolution of file sharing services, the related copyright law and what it all means.

My favorite part is actually a sidebar that clearly illustrates that the latest iteration of file sharing, the so-called cyberlockers, is not without victims.  The common argument in favor of file sharing is that the artists will keep producing artistic works, but will find other ways to make money.  The sidebar illustrates that this isn't always true.  An independent filmmaker named Ellen Seidler went into debt to make a movie, only to see it pirated in over 56,000 locations.  Seidler said she "probably won't" make another movie in the wake of that experience.

Some may say that there is no real need to pay for music, for example, when bands make so much money from playing live.  But people became fans of those bands that can fill big stadiums through conventional methods of music distribution.  They paid money for CDs or MP3s, encouraging the bands to make more music, then tour.

Enjoy the articles.  Then go buy a DVD of your favorite movie out of gratitude that the file sharing phenomenon didn't prevent the movie from being made.
Posted by Lonnie Goldman at 7:38 AM 1 comment:

These two questions are heard frequently in Silicon Valley, but there is too often a dearth of local, original data to answer either one.  For 10 years now, Silicon Valley technology law firm Fenwick & West has been addressing this need in the area of venture financings.


A hands-on team at the firm publishes an in-depth quarterly analysis known as the Venture Capital Survey.  The latest "anniversary edition" was released a few weeks ago for the fourth quarter of 2011 and is available on Fenwick's web-site here.


I read this report every quarter for a few reasons.  First, the amount of data analyzed by the survey is remarkable.  In the most recent survey, 117 companies that reported raising money in the fourth quarter of 2011 were analyzed.  The financings are examined not just for valuation but for some of the key provisions that were used, such as liquidation preferences and anti-dilution features.


Second, the results have a strong local flavor.  The analysis covers Silicon Valley-headquartered companies, giving it a much more relevant feel for our ecosystem than national statistics.


Third, the work is unique and original.  Much of the research on financing terms involves manual labor.  About 10 Fenwick professionals are involved in putting the report together every quarter.


Finally, the authors draw many interesting conclusions that help put the mountains of data into useful context about trends.  In the latest edition, the authors state that some industries, such as Internet/digital media and software, are concerned about a bubble, while others, such as cleantech and life science, are having a tougher time.  Against this backdrop, the detailed tables reveal that in the fourth quarter 80% of the software industry financings were up rounds, but only 29% of the cleantech transactions were up rounds.


To join me in subscribing to Fenwick's Venture Capital Survey, click here.
Posted by Lonnie Goldman at 9:39 PM 3 comments:

When both the coffee and the fancy lobby become an afterthought

Last year I spoke at a GigaOM conference.  I was a panelist on one of my favorite topics, engaging independent contractors using legally compliant models.  But, while at the conference, another panel about co-working caught my ear.

One of the speakers was Don Ball, co-founder of a successful co-working space in Minnesota.  Co-working spaces are shared workspaces where freelancers or even small startups can get a wifi connection, a few desks (typically in a open, collaborative floor plan) and minor administrative services in a reasonable, flexible fee arrangement.  It is often thought of as the evolution of the typical corner coffee shop, with a bit more interaction among the customers.  In other words, a co-working space is the place to go when your day is less about the coffee and more about productivity.

Ball and others in this particular panel were making the point that larger companies will increasingly take advantage of the co-working trend.  Even Fortune 500 companies can find ways to utilize co-working concepts.  After all, the core idea is that a technology-enabled contributor does not need to physically be in any one specific location to be productive.  So, by essentially setting their employees free to “roam,” the large corporation can save millions by reducing its significant real estate footprint while potentially reaping other benefits, such as happier employees and a more geographically distributed sales force.

Already, it’s predicted that more than 50% of the private workforce will be independent by the year 2020.  These will be people utilizing new places to work.  Imagine adding to that mix larger corporations that want to reap similar benefits.

It is entirely possible that we are witnessing the beginning of the end of the fancy corporate office space. 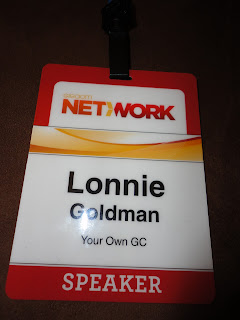